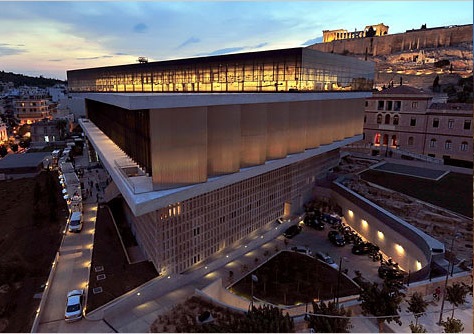 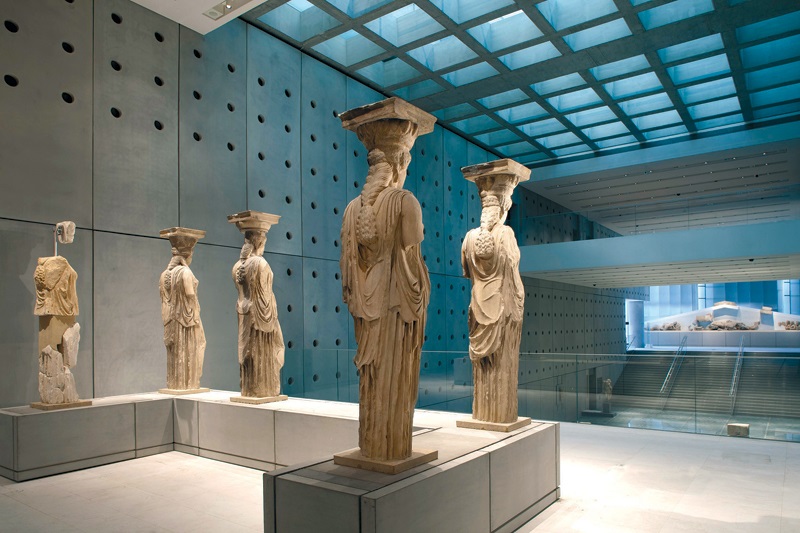 A guided coach tour of Ancient Athens, passing by the Zappeion Garden, Hadrian’s Arch, Temple of Olympian Zeus, Anglican Church, St. Nikodimos Byzantine Church, National Garden, Tomb of the unknown Soldier, House of Parliament, Schliemann’s House, the Academy, the University, the National Library, the ex Royal Palace (guarded the colorful Evzone), Panathinaiko Stadium, Theatre of Dionysus. Reach the Acropolis and visit the Propylaea Temple of Wingless Victory, Parthenon, Erechteon and the Hill of Philopapos with the breathtaking view of the entire City. The Acropolis Museum is an archaeological museum focused on the findings of the archaeological site of the Acropolis of Athens. The museum was built to house every artifact found on the rock and on its feet, from the Greek Bronze Age to Roman and Byzantine Greece. It also lies on the archaeological site of Makrygianni and the ruins of a part of Roman and early Byzantine Athens. The museum was founded in 2003 while the Organisation of the Museum was established in 2008. It opened to the public on June 21, 2009. Nearly 4,000 objects are exhibited over an area of 14,000 square meters.
Price: € 65 per person

Cape Sounion is noted as the site of ruins of an ancient Greek temple of Poseidon, the god of the sea in classical mythology. The remains are perched on the headland, surrounded on three sides by the sea. The site is a popular day-excursion from Athens, with a spectacular view of the Aegean Sea, as viewed from the ruins, a sought-after spectacle. The site is accessible by road from Athens. This is a scenic highway, which closely follows the west coast of Attica (the "Attic Riviera"), passing through numerous upscale residential districts and resorts. From this jutting headland, there is a panoramic view of the surrounding Aegean islands.
Price: € 40 per person

Full-day Tour to Delphi (including lunch)